I’ve now got the little Velo back home, here’s a look at her. 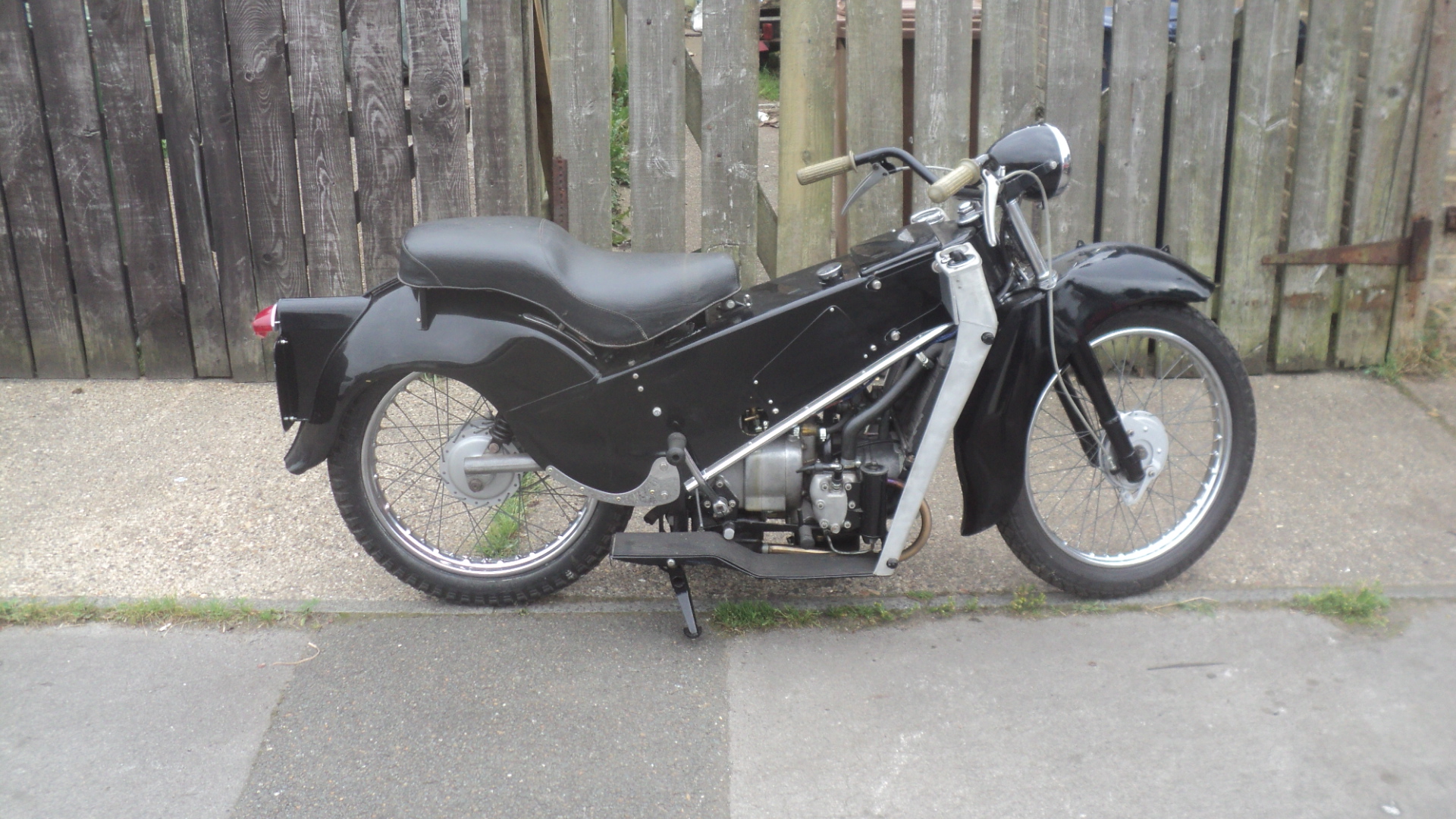 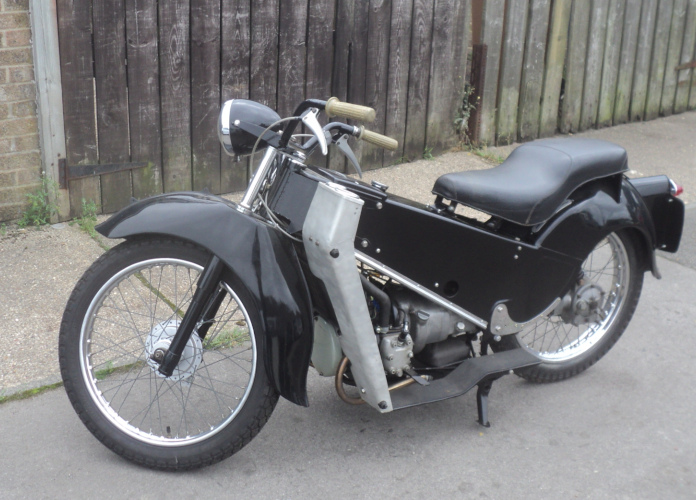 As you can see she is in very nice condition.

I’ve had a closer look at her now and it seems that she is a hybrid, a MkIII power unit fitted to a MkII chassis so she has the earlier front forks, wheel and headlamp married to the later engine, gearbox and rear end.

This means I’ve a full-width rear and a half-width front hub fitted. The front wheel is a 19inch diameter while the rear is an 18 inch but the front tyre is a 3.00 inch and the rear a 3.50 so that evens up ok.

Her battery is shagged so that means a new one goes on order, I can’t pinch one from one of the other bikes because they are all on 12 volt systems and this old lady runs on 6 volts.

As about the only source of spares is through the owners club I’m going to have to sign up to it, well that’s the same situation I have with the old Panther so it just means that I’ll be a member of yet another club! So I’ve downloaded the membership application form from their website, filled it in and posted it of.

I can also get the workshop book, owner’s manual and spares book through the club so that’s going to be useful as well.

Well, I’ve been and gone and done it, I’ve got myself a “new” bike.

I know they are not fashionable and can be the subject of derision but that little beast proved itself to be a solid little bike and one that had the quality of build and handling you expect of a Velocette.

So why did I sell it?, quite simply someone made a stupid offer for it, one which I at that time could not afford to turn down but it left me with an affection for the little beasts.

For a while now I’ve had the yen to get another and when I recently heard of one available near me I decided to look it up.

I’ve been over and had a look at it and it appears to be in a better state than I expected, even than I had hoped!.

It’s in very nice condition. According to the book, to start them you turn on the fuel, turn the engine over a couple of times to get the fuel through to the cylinders, yes it’s a twin!, switch on, press down on the starter and it should start and that’s exactly what happened!, despite it having a flat battery that had only been on charge for some 10 minutes.

It looks to be an early MkIII model as it has the later 4 speed gearbox with footstarter. This came in with the MkIII, earlier models having a hand lever starter and a three speed hand-change gearbox so it’s a pretty good indicator as to the Mk.

However the MkIII has the speedo mounted in the headlamp shell and this one has it mounted on the top of the left leg shield, as was done on the Mks I and II and it has the earlier fork assembly so it may be one of the transition bikes.