Missing from the bike when I got her were the rear chainguard and the toolboxes.

The chainguard has been replaced with a modified guard from another bike, a Velo, so that just leaves the toolboxes.

There are two of these, one mounted either side of the rear mudguard and they are mirror images of each other, shaped like a truncated triangle but having a curved top to match the curve of the mudguard, as in this catalogue picture. 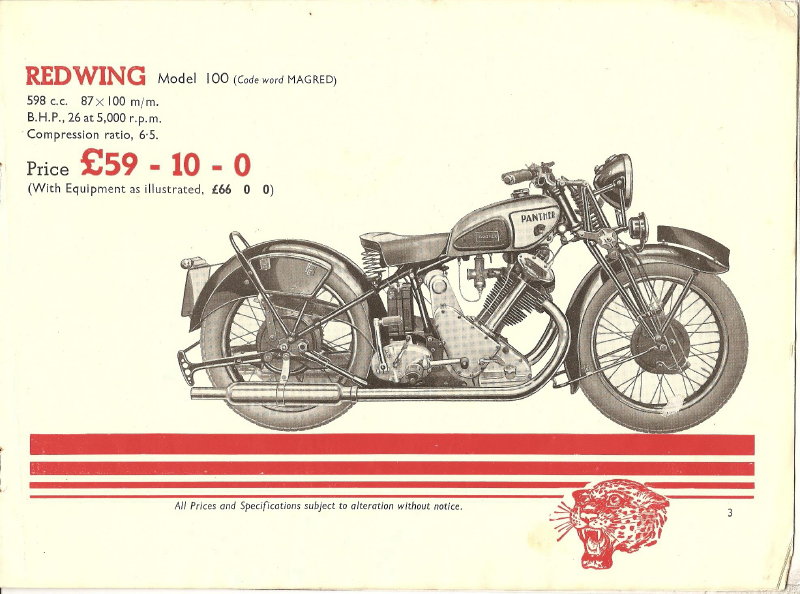 The possibility of finding a pair of these is so slim as to be discounted so it meantfabricating them, either in metal or in fibre-glass and as by no stretch of the imagination am I a tinsmith there was really only the second option viable.

This meant making up a dummy box or “plug” to make a mould from and as I have an alloy template of the shape and some reasonable photographs that was not too difficult.

To make the plug I cut out a front and a back pieces from 10mm plywood, they were cut as a pair and the alloy template screwed onto them. 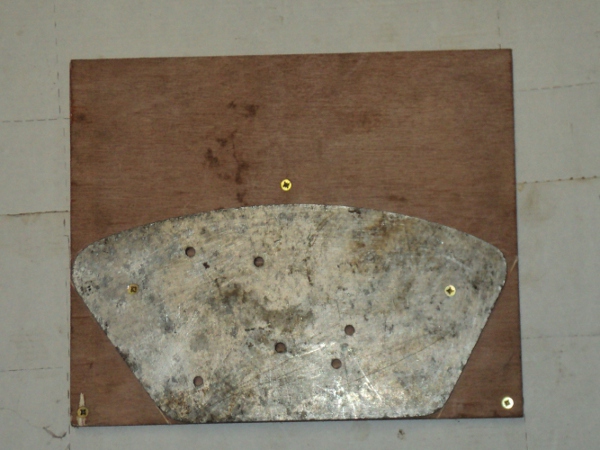 They were then attacked with a coping saw 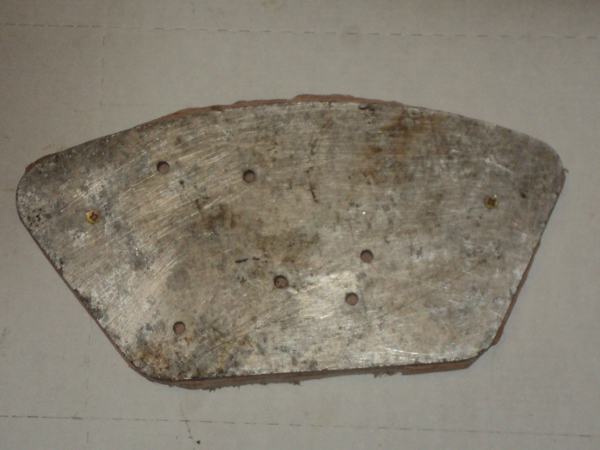 Rough cut to shape with a coping saw.

to get them near to size and finally sanded to shape. 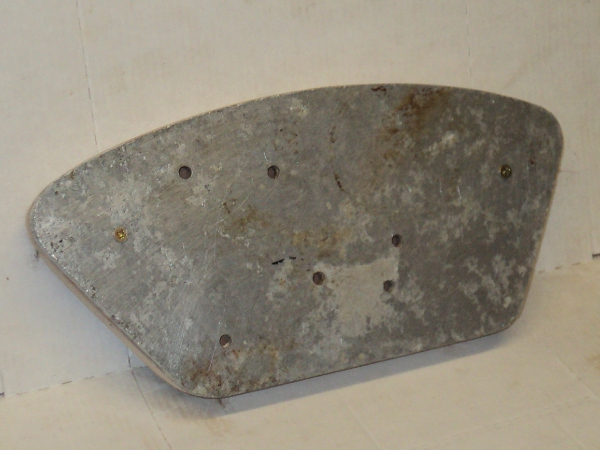 A set of locating holes were bored through the pair and the screws removed.

The end plates needed to be spaced apart to make the plug so lengths of tightly fitting dowel were pressed into these holes. 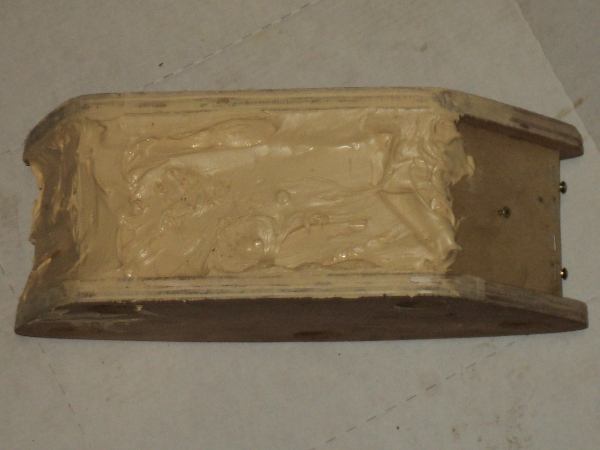 Woodwork completed and adding filler. The screws are to key the filler in place

The filler was added in several layers until it was a little proud of the side pieces and allowed to harden before being sanded down to give the final shape. 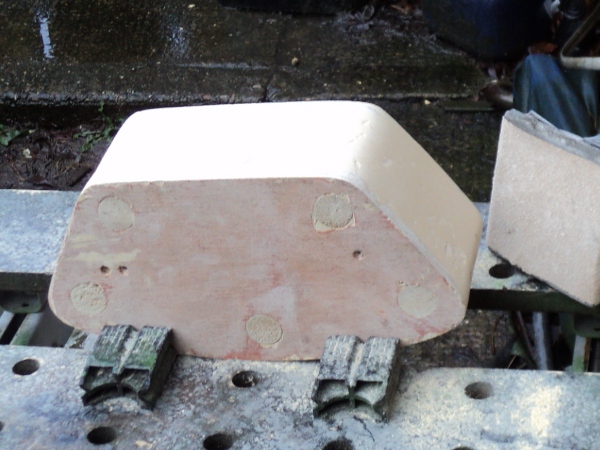 Plug being sanded to shape, the locating dowels can readily be seen

With the centre piece of the plug being completed it was treated with wax polish and then the next thing was to fit a pair of side cheeks.

These were cut from a piece of MDF board and their surface well treated with wax polish before they were screwed onto the sides of the centre piece. 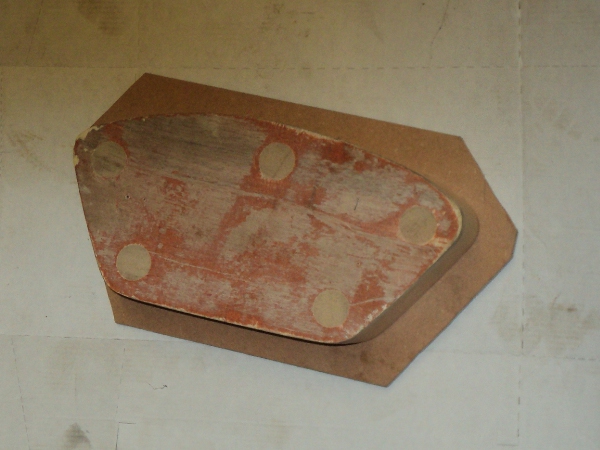 Plug core being fitted to cheek 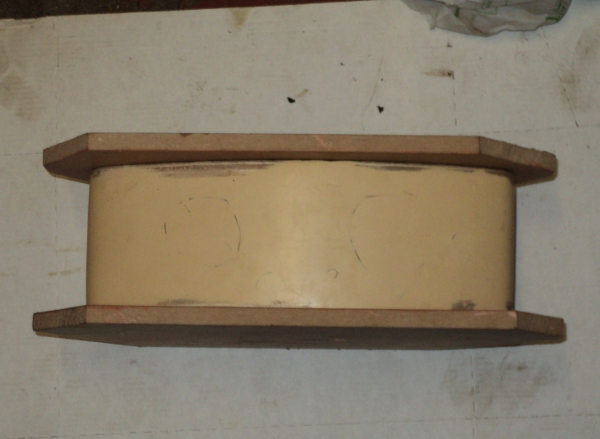